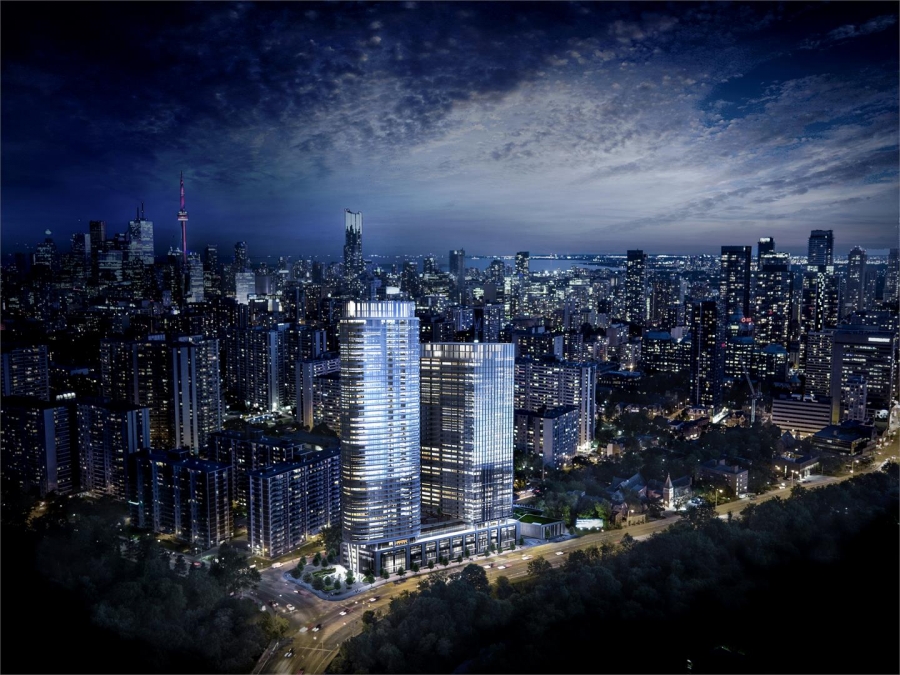 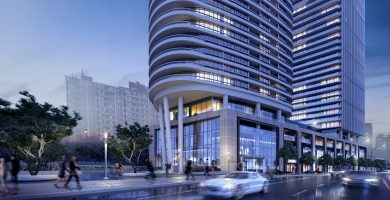 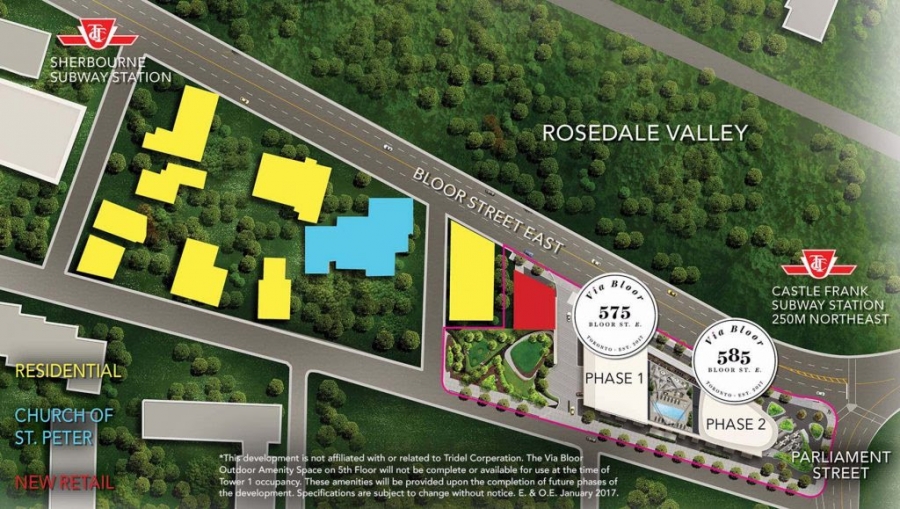 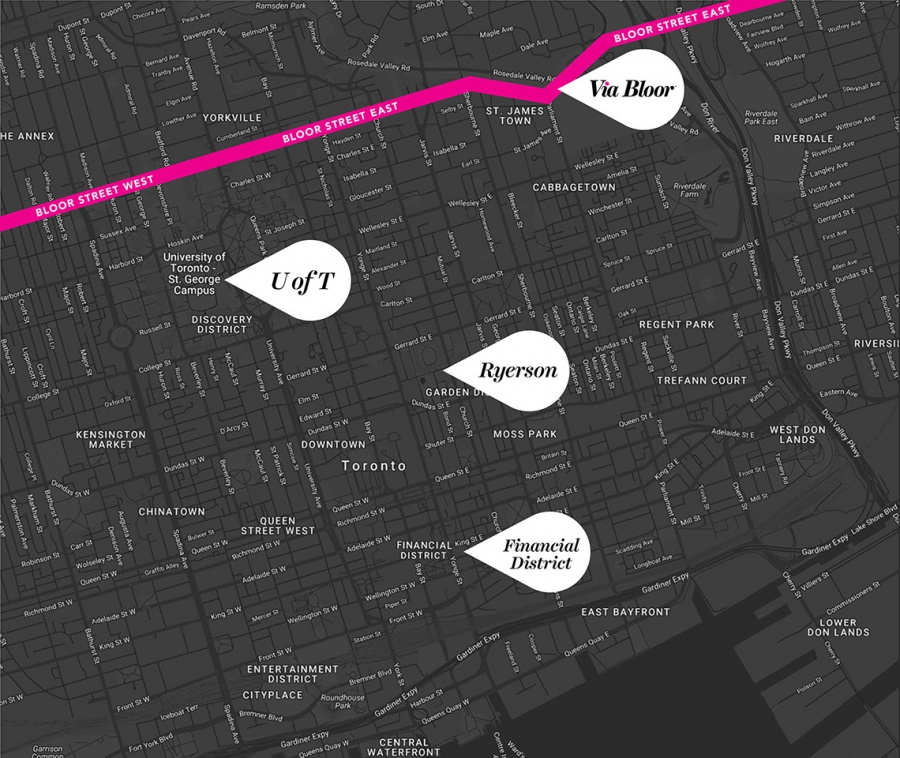 Via Bloor Condos is a new condo project by Tridel and is currently in pre-construction. Via Bloor Condos will be located at 575 Bloor St E, Toronto. The project will be two buildings attached by a podium. The 38-storey building will rise 116.5 metres and contain 372 suites, while the 46-storey tower to the east will rise 138.5 metres, and contain 397 suites

Via Bloor will be conveniently located in between two subway stops, 250m from Sherbourne Subway Station and 250m from Castle Frank Subway Station. The Don Valley Parkway is also only a short 3 minute drive from Via Bloor, making it a commuters paradise.